V7 just got an upgrade. We’ve refactored our workflow system and API and are excited to announce what we’ve internally dubbed V7 2.0. We will be rolling out 2.0 to eligible teams teams over the coming development cycles to ensure a smooth transition from one version to the next. Here’s what’s in store:

Workflows can be built from scratch, or duplicated from templates in the new workflow creation wizard. This release is just the beginning - we’ve built out the foundation that will allow us to add entirely new stage types like Logic stages and Webhook stages in our upcoming releases, giving you and your team the ability to add custom logic and create more dynamic workflows.

We’ve rebuilt V7’s API, adding new endpoints and new functionality while maintaining backwards-compatibility with our SDK. These changes pave the way for programatically managing projects to be easier than ever, and will give us the ability to support an even broader array of filetypes and annotation tasks in future releases.

Dataset management, bulk tasks, and load times will all be getting noticeable boost on V7 2.0. New logic for handling items adds speed to every part of the system, and lays the foundation for more impactful performance improvements with each upcoming development cycle.

Our guides and API documentation are now versioned. Switch between v1.0 and v2.0 to see what's changed. Teams will get advance notice before they are migrated to 2.0, and all endpoints available upon launch can be reviewed here.

👾 Fixed a bug that prevented attributes from rendering without a refresh.

👾 Adjusted frame rate handling to prevent some videos from importing to an Error status.

👾 Fixed an issue that prevented users from being able to delete exports.

👾 Fixed an issue that caused the previously-selected annotation from pasting when when copying & pasting.

👾 Fixed a display issue causing annotations to shake when moving them with the arrow keys.

👾 Fixed an issue that caused polylines to pan incorrectly on the image canvas.

👾 Moved the position of keypoint labels to prevent them from obscuring keypoints.

👾 Fixed an issue causing labels to be incorrectly capitalised.

👾 Fixed an issue preventing table classes from being deletable.

👾 Fixed an issue preventing changes in high-density files from being saved when annotating with a slow internet connect.

👾 Fixed an issue that prevented all available filetypes like PDFs and videos from being useable in the Instructions section of the dataset Settings page.

👾  Fixed an issue with API key permissions that prevented attributes from being added.

👾 Made generic Auto Annotate the default model equipped when selecting the model tool.

👾 Fixed an issue that prevented attributes from being added from the Annotations menu in the workview.

👾 Fixed an issue that caused tags created from within the workview to have attributes enabled automatically.

👾 Fixed an issue that caused tags to be duplicated across the different files within a hanging protocol layout.

👾 Changed how interpolation is handled by complex polygons (polygons with holes or islands) to smooth out polygon interpolation across frames.

👾 Fixed the logic behind how polygon vertices are added to complex polygons to prevent them from being added to the wrong section.

👾 Fixed an issue that prevented credits from being pulled down from parent teams into child teams.

👾 Fixed a display issue that caused an infinitely-spinning wheel when correcting an Auto-Annotate generated polygon.

👾 Fixed a similar issue that caused a green background to appear behind the spinner when using Auto-Annotate.

👾 Generating an export by the current filters in a dataset now respects negative filters.

👾 Fixed some small discrepancies between the datasets page and workflow filters.

👾 Fixed an issue where polygons were temporarily disappearing or not selectable when editing with the brush tool.

👾 Fixed an issue that prevented tags from being added to the first image in a hanging protocol layout.

👾 Fixed an issue that caused the brush tool to invert the highlighted sections of complex polygons.

Auto-Annotate is getting a major power-up: Use any model to automatically label polygons, bounding boxes, text, and tags. The Model Tool lets you map classes to models from the internet, and will surface confidence scores for every label created.

Confidence scores within the Annotation interface

See confidence scores for every annotation, spot ambiguous objects and set confidence scoring thresholds to control the accuracy of your automatically-labelled data.

Support for all model types

Whether it's one of your team's trained object detection or classification models, or one of our public models like the text scanner, the Model Tool can output any annotation type. You may even use it at lower complexity levels, for example use an instance segmentation model to produce bounding boxes.

Create multiple unique labels at once by drawing a bounding box over several objects, or run a model over an entire file by hitting Cmd + Enter.

One of our favorite ways of using Model Tool is to pre-process data and flag low-confidence boxes. This is a great way to flag out-of-distribution objects and direct reviewers to them. You may also use multiple model versions to compare their score on the same image.

🆕 Label segments can now be easily moved/resized in video timelines when annotating on touch displays.

🚀 DICOM series and their slices now have significantly-improved loading times and playback speeds.

👾 New annotations now always appear at the top of the Annotations menu.

👾 Corrected the alignment of rendered frames in streamed videos with the frame in the video timeline.

👾 Fixed an issue that prevented Auto-Annotate from functioning in videos with streaming enabled.

👾 Fixed an issue that caused the layering of annotations in the Annotations menu to be inverted when compared to the layers in the exported JSON file.

👾 Files in a Complete state no longer display any annotation tools to reflect the fact that they are uneditable.

👾 Fixed an error that prevented DICOMs with hanging protocol layouts from being edited.

👾 All class names were previously capitalised in the workview. This is no longer the case.

👾 Keypoints now change appearance when hovering over them with the cursor. This makes them clearer when not the cursor is not hovering above them.

Do you hear that? That's the sweet sound of a new beta feature. Team, Business, and Enterprise tier accounts can now test our updated video platform in beta which includes the ability to annotate with audio. Team owners, shoot us a message at support@v7labs.com to enable video streaming for your team. All files imported after the update will play back at full speed with audio.

Save DICOM windowing levels and other settings from the Image Manipulation Panel with Image Settings Presets. Quickly apply your saved settings using hotkeys and avoid having to tinker with windowing levels ever again. 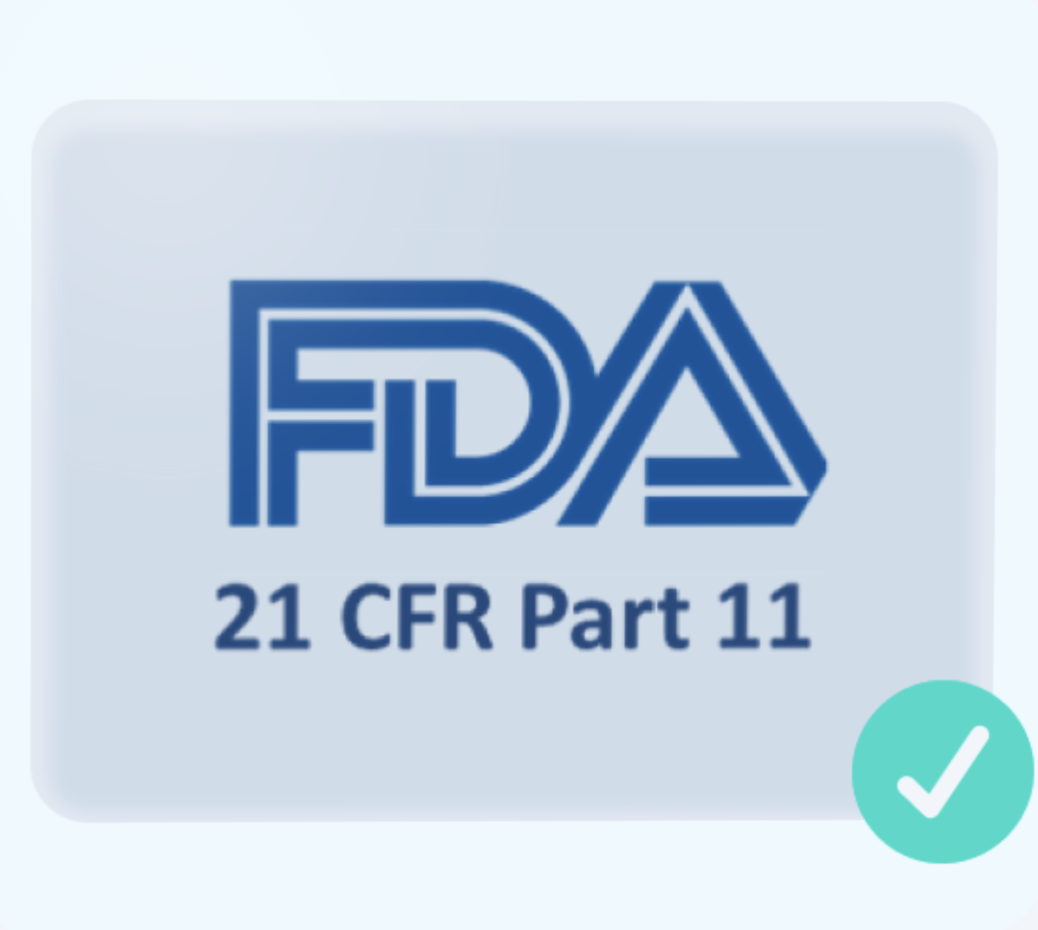 Now that V7 can prove that its annotations comply with Part 11, the FDA will accept their electronic signatures, allowing doctors to collaborate on our platform in an entirely paperless and cloud-based fashion.

A series of updates has optimized video rendering, sped up frame load-times, and made playback and jumping to unloaded frames faster than ever.

🚀 Improved performance of color maps in the Image Manipulation panel.
🚀 Smoother panning when annotating while zoomed in.

(Beta) Annotate with your own model

In addition to being able to label with models that are trained in V7, customers on our Enterprise plan can now register models hosted on their own architecture, and use them in labelling workflows.

Where we used to charge separately for training, hosting, and labelling with V7 Neural Networks, all of V7's Neural Networks features now use your team's balance of annotation credits.

We've added Labelbox's annotations to the list of formats supported by our SDK to make the transition to V7 even smoother. Labelbox annotations can be imported via the CLI or Python Library.

🆕Users and use roles can now be assigned via SSO.

🆕Added support for the NDPI format.

🆕The Instructions panel in the Settings page of any dataset now supports image, video, and .pdf files.

🛠 It's no longer possible to create annotation segments with a negative value in JSON exports.

🛠 Fixed an issue causing duplicate labels in some cases.

🛠 Fixed an issue in the frontend that caused annotations with a length of 0 frames.

🛠 Added support for the same tag class to be imported at separate points in a video's timeline.

🛠 Fixed an issue that caused inconsistency in the layering in the Annotations menu.

🛠Applied a few fixes to the auto-start feature when starting a Neural Network to increase consistency.

🛠Applied a fix to one of our backend workflow processes that caused performance issues when a stage that was supposed to complete automatically was stuck.

🛠Fixed a related issue that caused automatically-created annotations in a workflow stage to crash.

🛠Fixed a frontend issue that prevented single annotations in the Annotations menu from expanding so that attributes could be added.

🛠The precision/recall matrix for trained Neural Networks now only appears on applicable models.

🛠Fixed a display issue that prevented some annotations from appearing when "travelling back in time" (moving back one workflow stage).

🛠Removed overlap between the video timeline and image canvas for video and DICOM files.

🛠When creating a hanging protocol layout, the miniature layouts that appear in the Annotations menu now match the layout in the image canvas.

🚀 Added a new way of indexing our database which will unlock several performance improvements.

🚀 Annotations now only render in the field of view that's visible to the user, saving loads of memory.

🚀 The Annotations menu now loads much faster, particularly in files that are dense with annotations.

Configure external storage from the UI

Trained classification models now include a Confusion Matrix to help you better understand your model's performance.‍

🆕 When deleting a class across several datasets, a notice now appears with additional controls to ensure that annotations are not deleted in error.

🛠 Fixed an issue that prevented some labels from appearing on the image canvas.

🛠 Fixed an issue that intermittently prevented comments from appearing before a refresh of the page.

🛠 Batch-completing files was not updating the updated_at endpoint when using the REST API to get file details.

🛠 Fixed an issue that caused annotations to be removed from the image canvas when only one image contained a tag was sent through a consensus workflow.

🛠 Fixed an issue that caused some annotations in video files to have a length of 0 frames.

🛠 Fixed a bug where temporary data wasn't cleaned, causing some of our servers to run out of memory.

🛠 Fixed an issue preventing batches of files with large amounts of annotations from being bulk completed.

🛠 Fixed two issues impacting partner teams, where members of parent teams and child teams could not be added/removed from workflow stages.

🛠 Introduced a fix to prevent the import and creation of annotations on video files that contained an invalid segment length.

🛠 Fixed an issue that prevented members of a child team from seeing the datasets that they were assigned to until they refreshed the page.

🛠 Fixed an issue that prevented tags from being applied in bulk when workflow filters were applied.

🛠 Fixed a display issue that caused some elements to flash when assigning files.

🛠 Added a new, more descriptive error message for when a node or edge of a Keypoint Skeleton class is missing when hitting Save.

🛠 Added an empty state for the Classes page of a dataset when no classes have been added on a team level.

🛠 Fixed a small display issue which caused some elements which should have been static in the main side menu to be scrollable.

🚀 We've added faster scaling up of our workers to improve video processing speed.

🚀 Folders and item counts now render faster in the Data page of a dataset.

🚀 Searching for classes in teams with over 1000 classes is much faster.

🚀 Curser movement in the workview has been made smoother.