A dataset for analyzing visual complexity 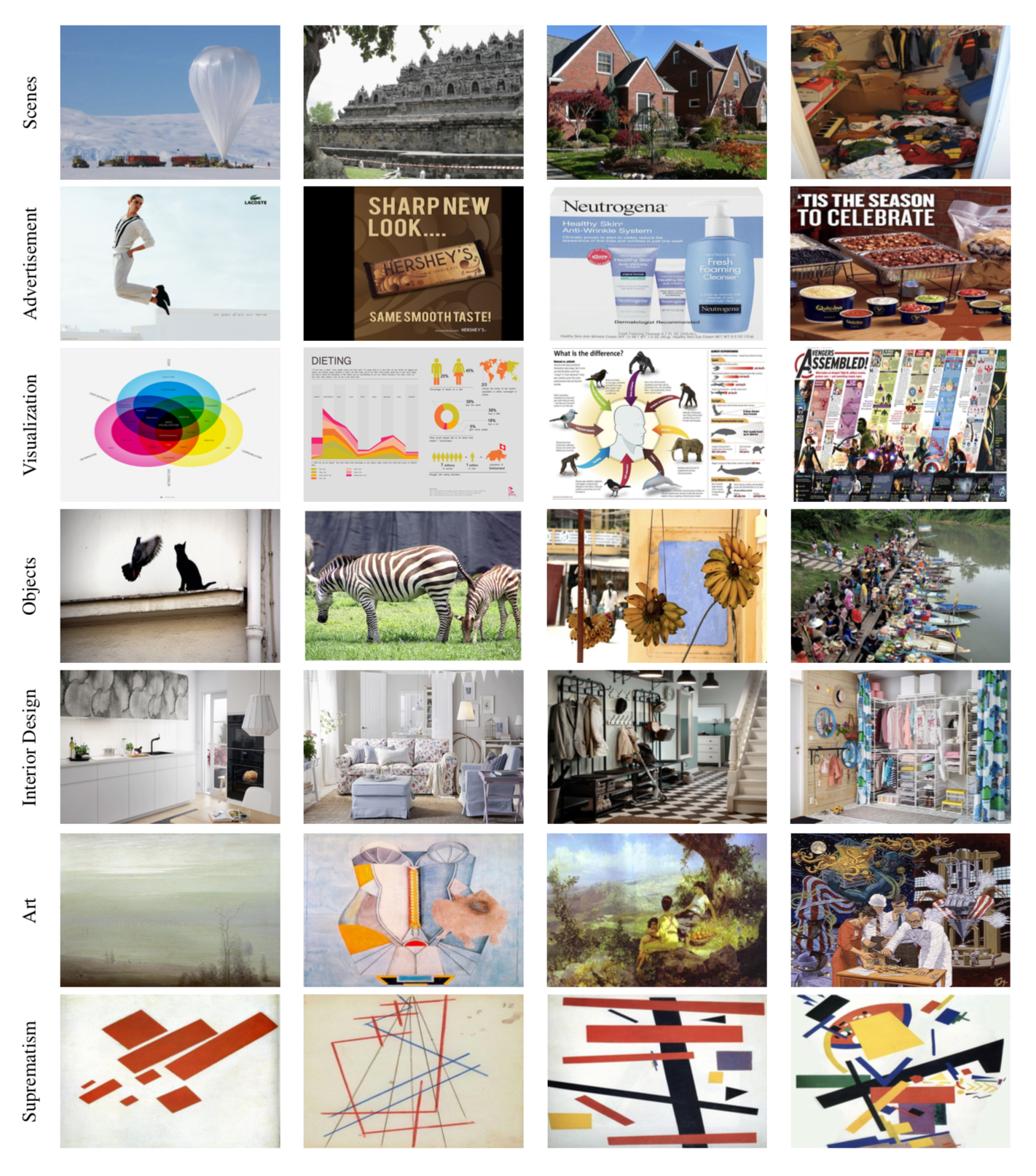 We introduce SAVOIAS a visual complexity dataset that compromises of more than 1,400 images from seven image categories namely Scenes, Advertisements, Visualization and infographics, Objects, Interior design, Art, and Suprematism. The images in each category portray diverse characteristics including various low-level and high-level features, objects, backgrounds, textures and patterns, text, and graphics. The ground truth for SAVOIAS is obtained by crowdsourcing more than 37,000 pairwise comparisons of images using the forced-choice methodology and with more than 1,600 contributors using the Figure-Eight crowdplatform. The resulting relative scores are then converted to absolute visual complexity scores using the Bradley-Terry method and matrix completion. When applying five state-of-the-art algorithms to analyze the visual complexity of the images in the SAVOIAS dataset, we found that the scores obtained from these baseline tools only correlate well with crowd-sourced labels for abstract patterns in the Suprematism category (Pearson correlation r=0.84). For the other categories, in particular, the objects and advertisement categories, low correlation coefficients were revealed (r=0.3 and 0.56, respectively). These findings suggest that (1) state-of-the-art approaches are mostly insufficient and (2) SAVOIAS enables category-specific method development, which is likely to improve the impact of visual complexity analysis on specific application areas, including computer vision.