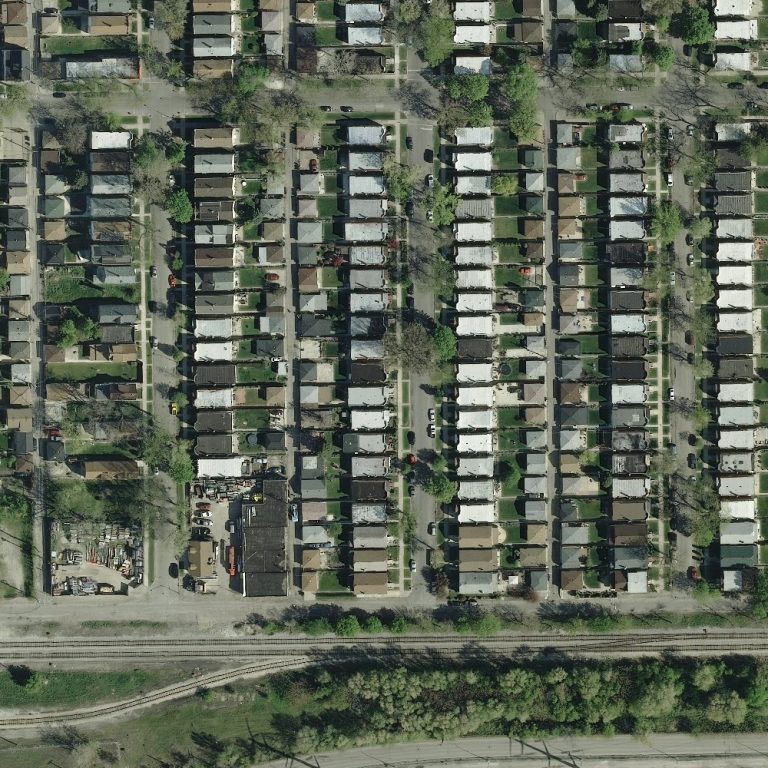 The Inria Aerial Image Labeling addresses a core topic in remote sensing: the automatic pixelwise labeling of aerial imagery (link to paper).Dataset features:Coverage of 810 km² (405 km² for training and 405 km² for testing) Aerial orthorectified color imagery with a spatial resolution of 0.3 m Ground truth data for two semantic classes: building and not building (publicly disclosed only for the training subset) The images cover dissimilar urban settlements, ranging from densely populated areas (e.g., San Francisco’s financial district) to alpine towns (e.g,. Lienz in Austrian Tyrol).Instead of splitting adjacent portions of the same images into the training and test subsets, different cities are included in each of the subsets. For example, images over Chicago are included in the training set (and not on the test set) and images over San Francisco are included on the test set (and not on the training set). The ultimate goal of this dataset is to assess the generalization power of the techniques: while Chicago imagery may be used for training, the system should label aerial images over other regions, with varying illumination conditions, urban landscape and time of the year.The dataset was constructed by combining public domain imagery and public domain official building footprints.