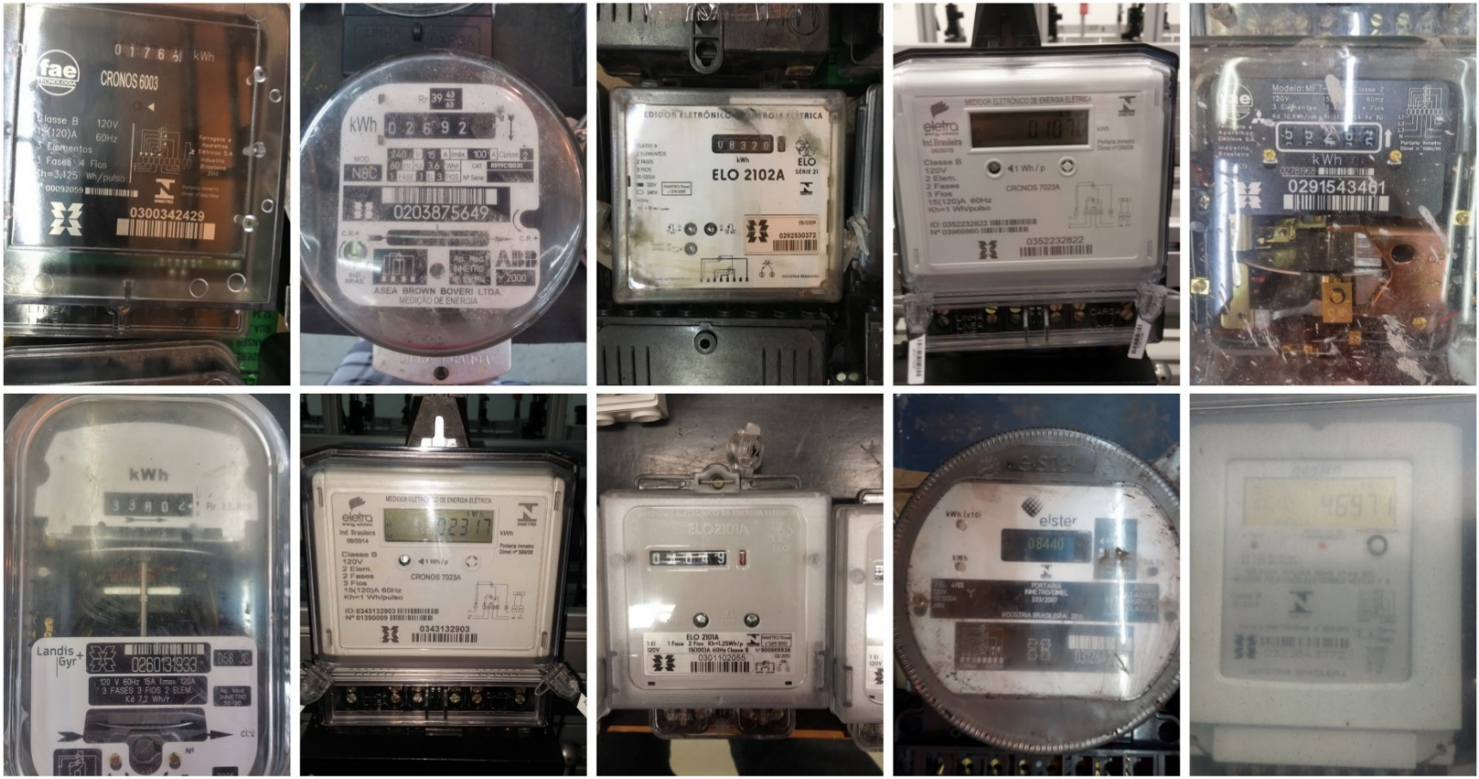 This dataset, called UFPR-AMR dataset, contains 2,000 images taken from inside a warehouse of the Energy Company of Paraná (Copel), which directly serves more than 4 million consuming units in the Brazilian state of Paraná.The images were acquired with three different cameras and are available in the JPG format with a resolution between 2,340 × 4,160 and 3,120 × 4,160 pixels. The cameras used were: LG G3 D855, Samsung Galaxy J7 Prime and iPhone 6s.The dataset is split into three sets: training (800 images), validation (400 images) and testing (800 images).Every image has the following annotations available in a text file: the camera in which the image was taken, the counter’s position (x,y,w,h) and reading, as well as the position of each digit. All counters of the dataset (regardless of meter type) have 5 digits, and thus 10,000 digits were manually annotated.