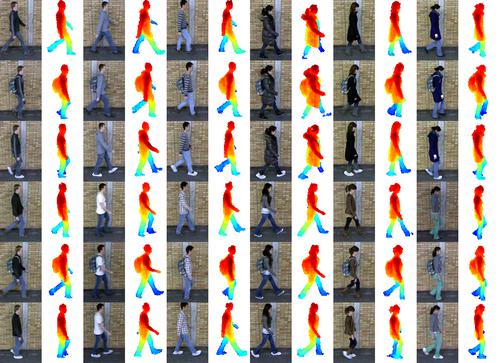 TUM-GAID (TUM Gait from Audio, Image and Depth) collects 305 subjects performing two walking trajectories in an indoor environment. The first trajectory is traversed from left to right and the second one from right to left. Two recording sessions were performed, one in January, where subjects wore heavy jackets and mostly winter boots, and another one in April, where subjects wore lighter clothes. The action is captured by a Microsoft Kinect sensor which provides a video stream with a resolution of 640×480 pixels and a frame rate around 30 FPS.