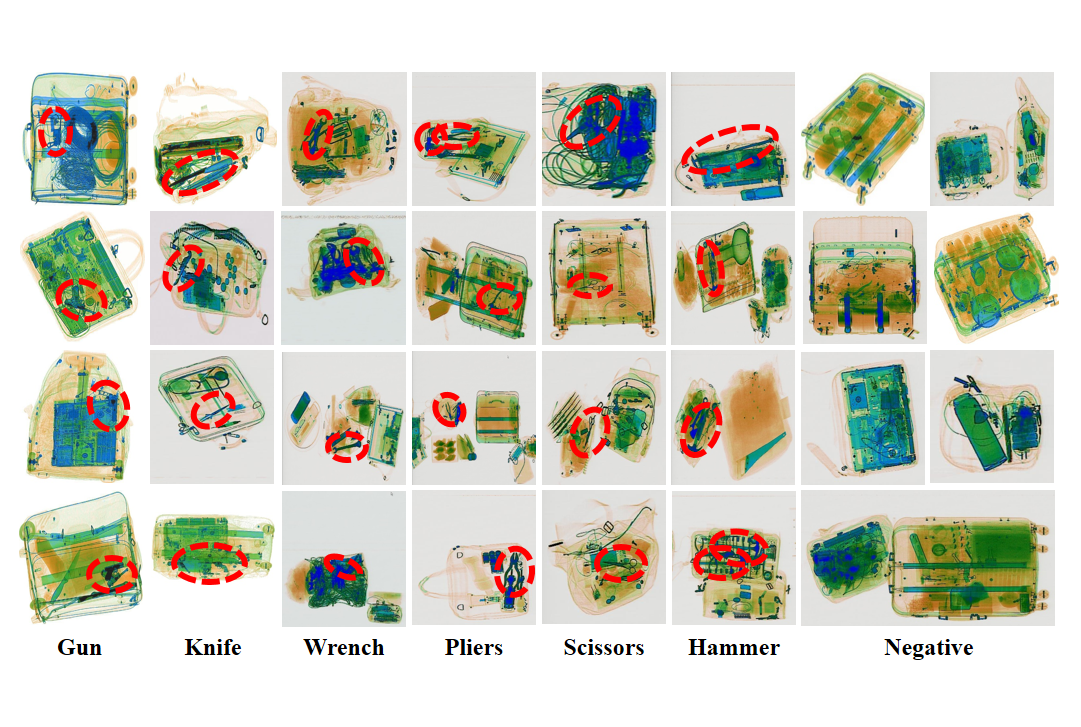 The SIXray dataset contains 1,059,231 X-ray images which are collected from some several subway stations. There are six common categories of prohibited items, namely, gun, knife, wrench, pliers, scissors and hammer. To study the impact brought by training data imbalance, we construct three subsets of this dataset, and name them as SIXray10, SIXray100 and SIXray1000 On the entire dataset, we use the image-level annotations provided by human security inspectors. In addition, on the testing sets, we manually add a bounding-box for each prohibited item to evaluate the performance of object localization.