A Robotic Dataset for Semantic Mapping of Home Environments 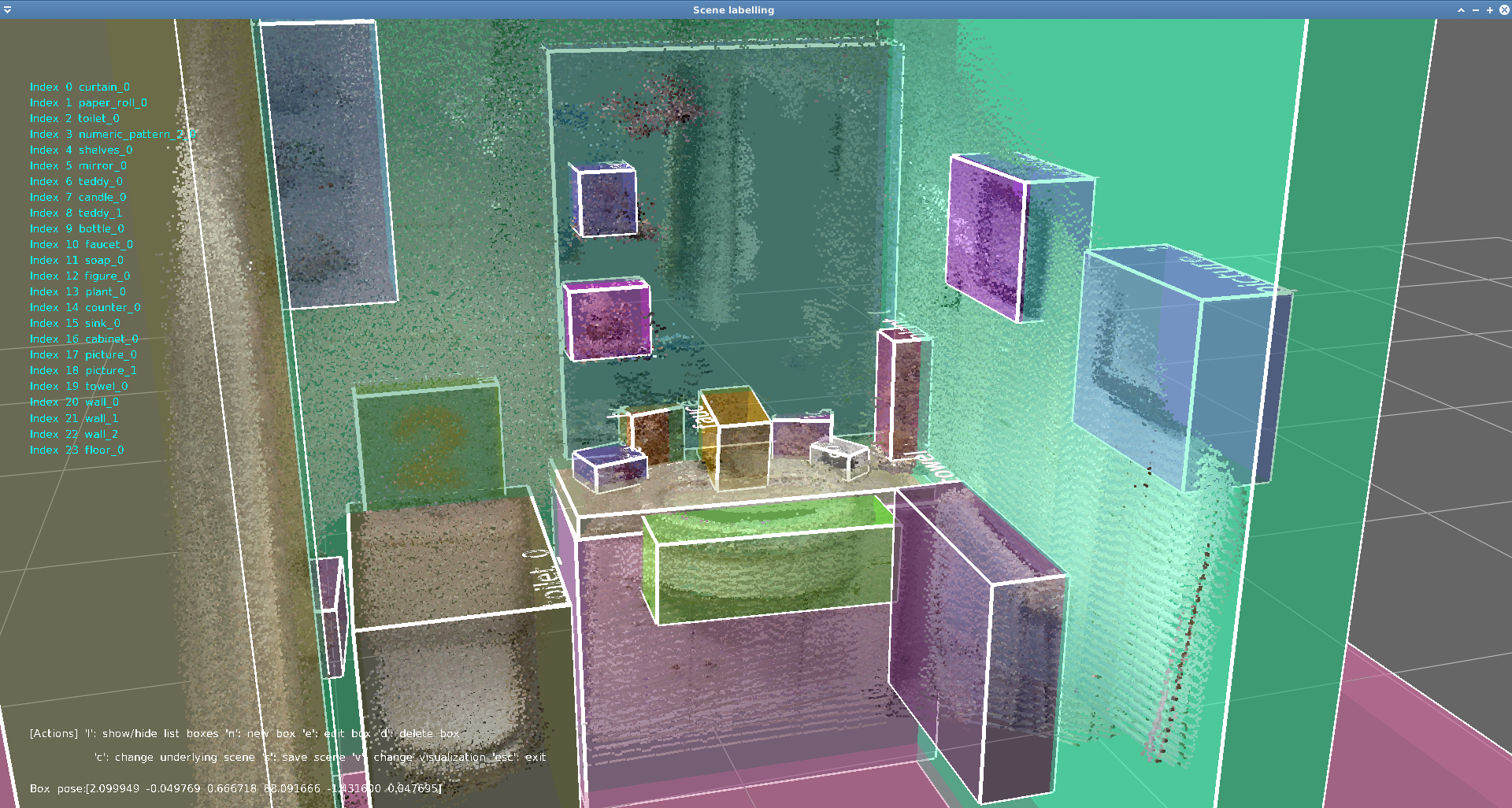 The Robot-at-Home dataset (Robot@Home) is a collection of raw and processed data from five domestic settings compiled by a mobile robot equipped with 4 RGB-D cameras and a 2D laser scanner. Its main purpose is to serve as a testbed for semantic mapping algorithms through the categorization of objects and/or rooms.This dataset is unique in three aspects:The provided data were captured with a rig of 4 RGB-D sensors with an overall field of view of 180°H. and 58°V., and with a 2D laser scanner. It comprises diverse and numerous data: sequences of RGB-D images and laser scans from the rooms of five apartments (87,000+ observations were collected), topological information about the connectivity of these rooms, and 3D reconstructions and 2D geometric maps of the visited rooms. The provided ground truth is dense, including per-point annotations of the categories of the objects and rooms appearing in the reconstructed scenarios, and per-pixel annotations of each RGB-D image within the recorded sequences During the data collection, a total of 36 rooms were completely inspected, so the dataset is rich in contextual information of objects and rooms. This is a valuable feature, missing in most of the state-of-the-art datasets, which can be exploited by, for instance, semantic mapping systems that leverage relationships like 'pillows are usually on beds' or 'ovens are not in bathrooms'. Robot@Home is accompanied with a specific software to conveniently access and manage the data, namely the Object Labeling Toolkit (OLT).