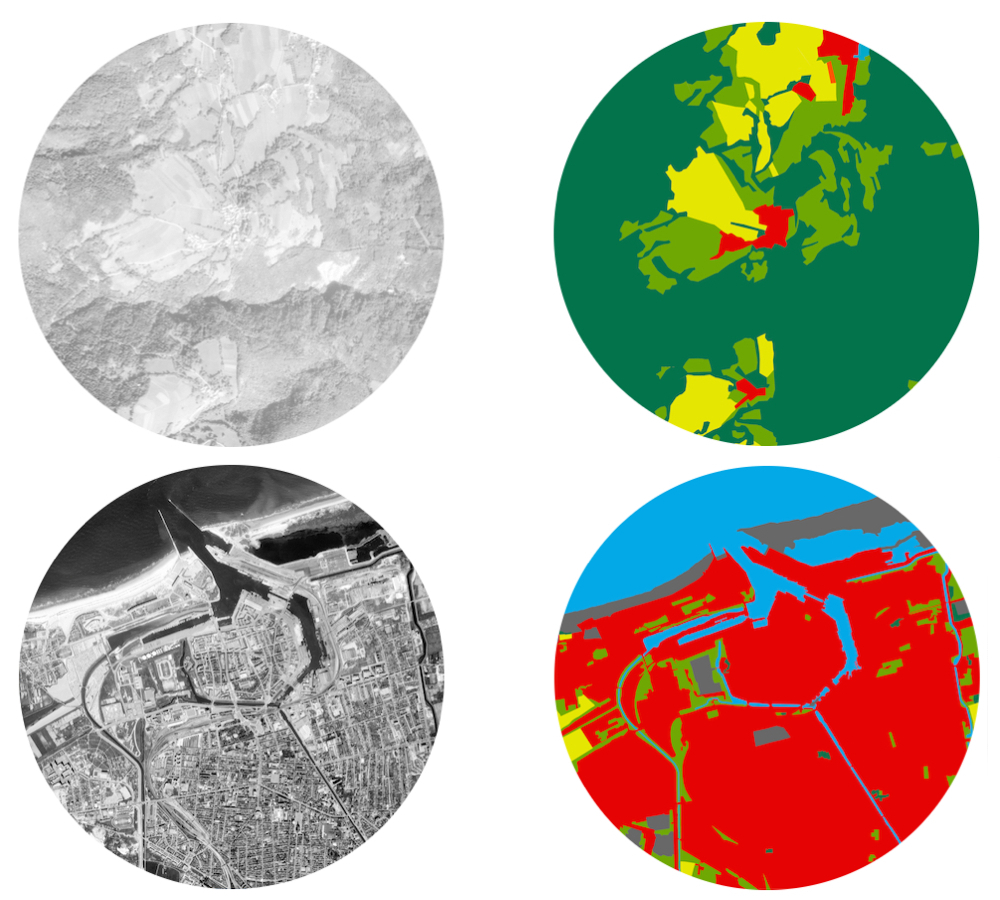 A Multi-Date Dataset for Geographers and Computer Vision ExpertsThe HistAerial dataset was built from grayscale images representing 9 square kilometer areas (~ 6k per 6k pixels per image). These images were acquired between 1970 and 1990 over the France country with an optical camera mounted on an aircraft system. The acquisitions were done during sunny periods when the sun was at its zenith in order to avoid the presence of clouds and shadows. Only grayscale images were provided for the studied period. They have been stored and made freely available on the website of the French National Institut of Geography (IGN).The historical aerial images have been manually segmented by the geographers from the Cancer & Environment department of the Léon Bérard Center. Seven classes corresponding to coarse ground occupancy labels have been provided : Orchard, Vineyard, Urban, Forest, Water, Crop and Land. A supplementary class corresponding to the "other" possibilities has been drawn but not included in the HistAerial dataset.