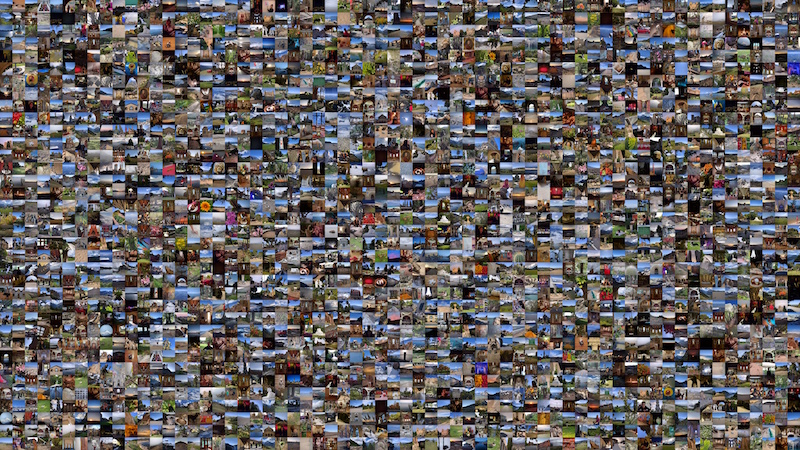 The dataset consists of 3640 bursts (made up of 28461 images in total), organized into subfolders, plus the results of our image processing pipeline. Each burst consists of the raw burst input (in DNG format) and certain metadata not present in the images, as sidecar files. For results, we provide both the intermediate result of aligning and merging the frames (also in DNG format), and the final result of our pipeline (as a JPG).The bursts in the dataset were captured using a variety of Android mobile cameras (Nexus 5/6/5X/6P, Pixel, Pixel XL) using the public Android Camera2 API. The bursts contain between 2 and 10 raw photos each, and are generally 12-13 Mpixels, depending on the type of camera used for capture. All photos in a burst are generally captured with the same exposure time and gain.All the mobile cameras we used have a rolling shutter with a readout time of 1/30 second. As a result, the gap between successive frames should never be larger than 33 ms, unless a rare hiccup in the camera driver caused a frame to be dropped.