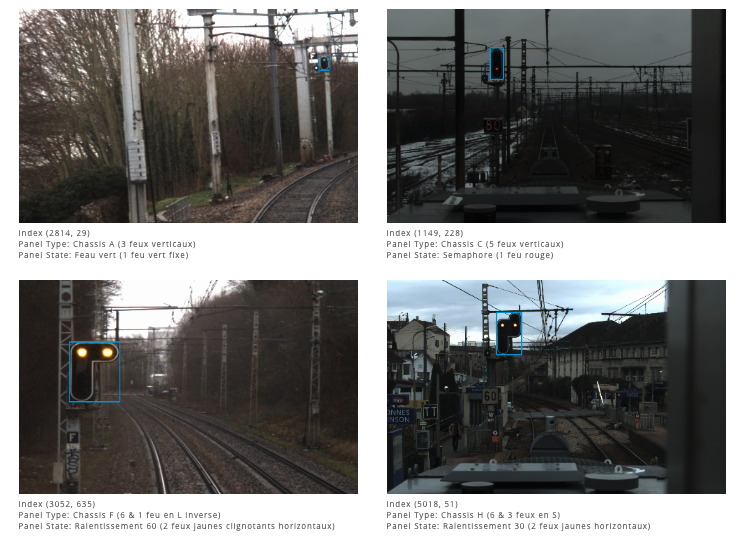 In the realm of autonomous transportation, there have been many initiatives for open-sourcing self-driving cars datasets, but much less for alternative methods of transportation such as trains.In this paper, we aim to bridge the gap by introducing FRSign, a large-scale and accurate dataset for vision-based railway traffic light detection and recognition.Our recordings were made on selected running trains in France and benefited from careful hand-labeled annotations. An illustrative dataset which corresponds to ten percent of the acquired data to date is published in open source with the paper.It contains more than 100,000 images illustrating six types of French railway traffic lights and their possible color combinations, together with the relevant information regarding their acquisition such as date, time, sensor parameters, and bounding boxes.We compare, analyze various properties of the dataset and provide metrics to express its variability. We also discuss specific challenges and particularities related to autonomous trains in comparison to autonomous cars.This work was done at IRT SystemX as part of the project TAS (Safe Autonomous Land Transport), in partnership with SNCF, Alstom and Systra.