A Large and Diverse Benchmark for Person Detection in Traffic Scenes 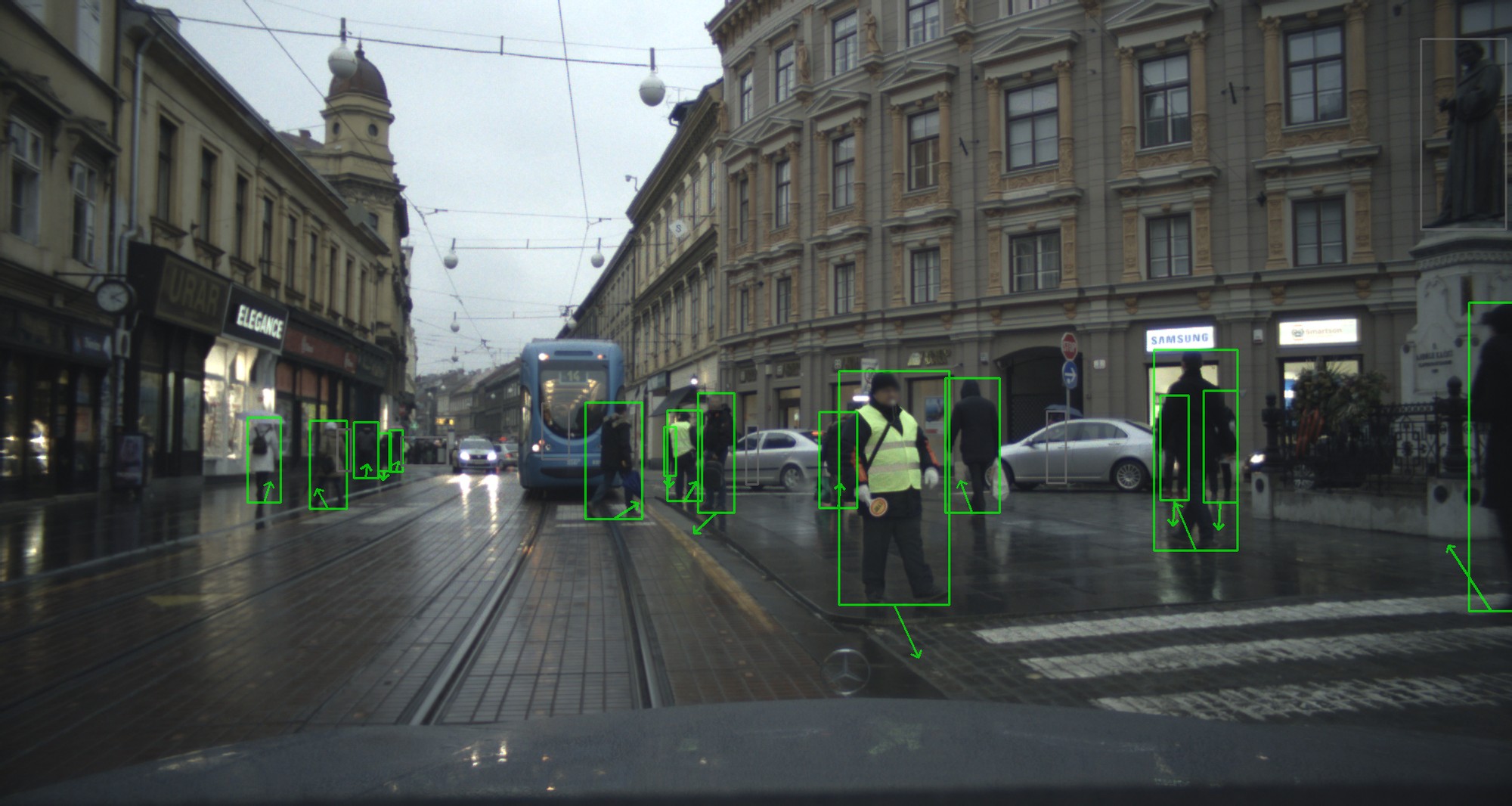 With over 238200 person instances manually labeled in over 47300 images, EuroCity Persons is nearly one order of magnitude larger than person datasets used previously for benchmarking. Diversity is gained by recording this dataset throughout Europe.All objects were annotated with tight bounding boxes delineating their full extent. If objects were partly occluded, their full extents were estimated (this is useful for later processing steps such as tracking) and the level of occlusion was annotated.For riders, we labeled the riding person and its ride-vehicle with two separate bounding boxes, and annotated the ride-vehicle type. Riderless-vehicles of the same type in close proximity were captured by one class- specific group box (e.g. several bicycles on a rack).A person is annotated with a rectangular (class-specific) ignore region if a person is smaller than 20 px, if there are doubts that an object really belongs to the appropriate class, and if instances of a group can not be discriminated properly. In the latter case, several instances may be grouped inside a single ignore region.