A large-scale ear images dataset in the wild

Ear recognition is starting to grow as an alternative to other biometric recognition types in recent years. The EarVN1.0 dataset is constructed by collecting ear images of 164 Asian peoples during 2018. It is among the largest ear datasets publicly to the research community which composed by 28,412 colour images of 98 males and 66 females. Thus, this dataset is different from previous works by providing images of both ears per person under unconstrained conditions. The original facial images have been acquired by unconstrained environment including cameras systems and light condition. Ear images are then cropped from facial images over the large variations of pose, scale and illumination. Several machine learning tasks can be applied such as ear recognition, image classification or clustering, gender recognition, right-ear or left-ear detection and enhanced super resolution. 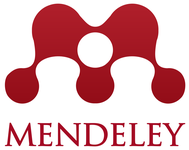